At Defined.ai, our values are our north star, and they influence everything we do from business decisions to company culture. Our core values are:

We’re experts in our field. We’ll find the best solution for your needs through a frictionless experience.

We deliver what we promise. Quality is at the center of everything we do.

We’re your trusted AI data partner. Our security and privacy policies not only protect your data, but also your company’s reputation.

We’re building the world of tomorrow. Our innovative products and technologies empower you to make your AI smarter.

We raised a US$50.5 million Series B round of funding, the largest ever Series B round to be raised by a female-founded AI company in the US. We were also featured in the Forbes Top 50 Best Startup Employers.

Officially named one of CB Insights’ ‘100 most promising AI startups’, the first half of 2019 saw us double our team to over 100 employees worldwide, obtain the coveted ISO 27001 certification and announce the launch of our brand new Neevo app. The year ended with another accomplishment: ranking in Forbes AI 50 Most Promising Artificial Intelligence Companies.

We closed an US$11.8 million Series A funding led by Evolution Equity Partners, opened an office in Tokyo, announced an Amazon Alexa Skills partnership, a product integration with IBM Watson Studio, and were designated as a featured vendor for Microsoft‘s co-sell program.

We launched Neevo, the human intelligence half of our product equation, opened our third office in Porto and releases an alpha version of our Software-as-a-Service (SaaS) platform.

We launched our smart data platform and received a seed round of US$1.1 million from investors that included Sony, Amazon Alexa Fund, Portugal Ventures and Busy Angels. 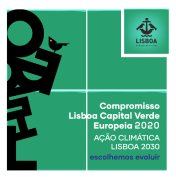 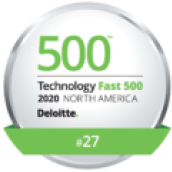 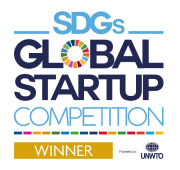 Founder & CEO @Defined.ai
Daniela is the creator and driving force behind Defined.ai, with over eighteen years’ experience in speech technology in both academia and industry. GM Portugal
Francisco is a computer scientist with a passion for strategy, innovation, user experience, and software. He finds it intellectually seductive to directly influence the AI industry as it evolves and help companies transform themselves. Chief People Officer
Teresa runs HR, people development, talent acquisition and compensation at Defined.ai. Always with a twist of humor, a sense of balance and team spirit, her passion is to see others succeed and grow in their careers and personal lives. Questions?
Commission a dataset, learn more about our AI marketplace subscriptions, or become a vendor by selling your own tools, services, data, or models. Whatever it is, we’d love to hear from you.

You can find out more about which cookies we are using or switch them off in settings.

This website uses cookies so that we can provide you with the best user experience possible. Cookie information is stored in your browser and performs functions such as recognising you when you return to our website and helping our team to understand which sections of the website you find most interesting and useful.

Strictly Necessary Cookie should be enabled at all times so that we can save your preferences for cookie settings.

If you disable this cookie, we will not be able to save your preferences. This means that every time you visit this website you will need to enable or disable cookies again.